We’ve gathered all user feedback from the iDuelpro 4.0 release and we might push out a 4.1 update as soon as next week.

Some loyal users liked the old UI more than the new one so we’re going to try to convert the old layout and colors to a more modern package and add it as an option to the settings.

The second major change will be the addition of a MTG mode for Magic The Gathering players. This will set the lifepoints to 20 by default and change the values on the subtract/add buttons to much lower ones. (eg. 20, 10, 5, 2, 1)

Additionally for iDuelpro lite users we’re going to bring the dice/coin feature over from the full version and update our add network to a less intrusive one.

Summary of all changes in iDuelpro 4.1:

People who update from 4.0 will be able to configure these features the first time they start the updated app. The update should hit the app store by the end of February.

As a new effort to update all our old apps we are proud to announce iDuelpro 4.0. This new update of our trading card game lifepoints keeper includes support for iOS 9 and all modern iPhones, a completely new UI and icon, sharing options and a turn-by-turn history view of your finished duel.

iDuelpro for iOS received its last update almost 6 years ago, so an update was long overdue.

Here’s the list of new or improved features for v4.0:

Features that were removed:

The features that were removed will be added again in future versions if demand is high enough. 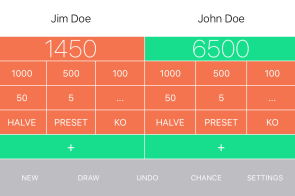 Many photo apps have been hit by an iOS6 flaw causing them to crash and malfunction and this was no different for MonoPhix, MonoPhix HD for iPad and MonoPhix Lite for iPhone. The first one already received an update to fix the crashes, but MonoPhix HD and MonoPhix Lite were still offline. With these two updates the entire line of Phix apps returns to the app store and the existing userbase will have a working app once again.

The MonoPhix HD update only fixes the crash issue and MonoPhix Lite received a fix for the crash and a fix for a bug affecting the image picker.

You can download MonoPhix HD 1.2.1 here and MonoPhix Lite 3.1 here.

Our line of Phix apps for iOS has been offline for a few days now because iOS6 caused all of them to crash upon opening an image. (Not our fault, Apple screwed up more things than just the maps app) But we are happy to announce that at least one of them, MonoPhix has returned to the App Store with a fix for the crash and some other improvements.

MonoPhix 3.3 has a slightly altered interface to host more sharing options (coming in the future) and to reduce the amount of clutter in the task bar. We’ve also already added one sharing option, share to Muzy, but it seems to be malfunctioning at the moment. This could be because the sharing API isn’t yet activated at Muzy’s end. And of course the crash has been fixed along with some memory usage tweaks.

We updated and submitted MonoPhix HD a few days ago and MonoPhix Lite for iPhone today. We are also working to bring FlashPhix and FlashPhix lite to version 3.0 with a new interface. This will fix the iOS6 crash on these apps and will bring them back to the App Store as well.

We apologize for the trouble and hope you enjoy MonoPhix 3.3 and all other apps. MonoPhix is available for download at http://itunes.apple.com/be/app/monophix-zwart-wit-filter/id333643515?l=nl&mt=8 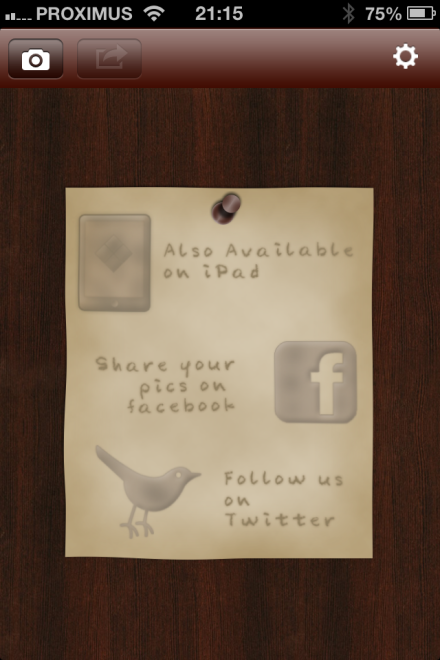 Tomorrow iOS 6 will be released and a lot of iPhone 5 devices with the new iOS version are already shipping. This isn’t a blessing for everyone. Due to some unannounced changes Apple decided to make to certain components of iOS, some of our apps will crash after opening an image from the camera roll or taking a new one. We addressed this issue a while ago in a bug report sent to Apple and tried to get help from the iOS support engineers, but they weren’t willing to help because the issue was caused by at the time prerelease software, so we had to search for a fix ourselves.

We managed to fix this issue and we will take MonoPhix, MonoPhix HD, FlashPhix and GrayPhix out of the App Store starting tomorrow until a fix is released. Everyone affected will get an update within a few weeks after Apple decides to approve our fix.

We apologize for any inconvenience and advise everyone not to update to iOS6 just yet as it’s still in a state which we can only describe as buggy.

It’s been a while since our only iPad app got a little update love, but today we are pleased to announce the release of MonoPhix HD 1.2. And it’s not a minor release. It contains better support for multitasking, support for the new iPad’s retina display, a new mode allowing tonal adjustments, color filters, renewed vignetting and the ability to share your pictures on our new Phix filter and photo sharing service. We also fixed an entire busload of bugs and added some UI tweaks, including the ability to remove the tape from your preview.

One request was to include the ability to control the contrast of each color channel separately. To make red parts of your picture stand out more for example. With the new “tonal controls” you can do just that. And just like the default controls you can still control light and dark tones separately. 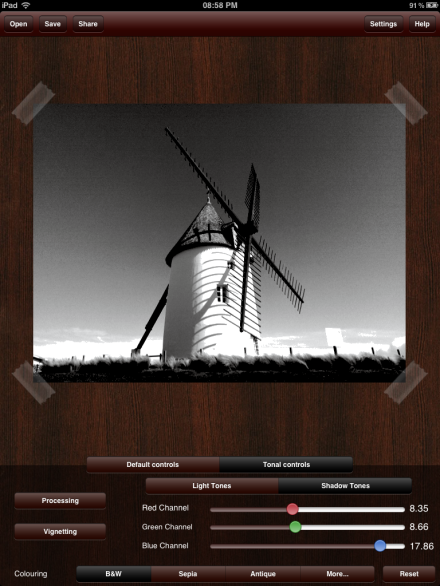 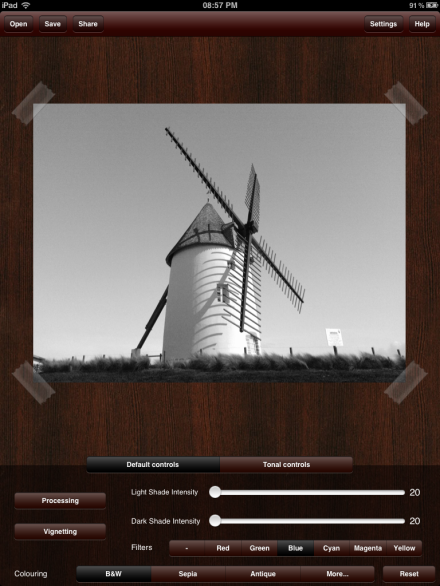 The new settings panel has been partially simplified and now also contains the ability to remove the tape ornaments from the picture preview. Instead of the many options to size your preview you now have 2 options, one for retina devices and one for the first and second generation iPad. 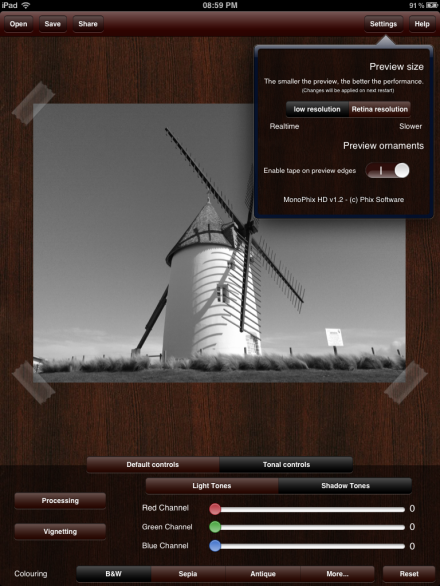 With the release of iPhix for Mac we have created a new more rich way of sharing pictures and we call it “Phix”. Phix is a service you can use to share pictures, get a shortlink to your picture to share on twitter and facebook and most importantly, to show people what you did to your picture to make it look how it looks. With the recipe option you can upload all your changes along with your picture. For more info: http://phix.im/ . 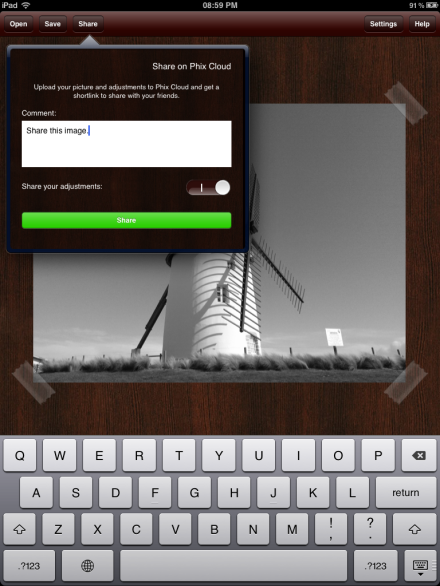 If you already own MonoPhix HD you can update for free and if you don’t own it you can download it here for 1.99$.

A lot of people have used our MonoPhix 2.0 for iPhone and it’s the favorite black & white app for people who like a bit of noise in a monochrome picture to get a certain vintage feel. But people who want smooth black and white always jumped to other apps with less control over the results and less functionality. Now MonoPhix will also get more smooth results without losing speed or control and without losing the old grainy filter, with MonoCore 3.0.

MonoCore 3.0 is the name of the Monochrome filter which will be used in the next generation of MonoPhix apps (MonoPhix HD for iPad, MonoPhix 3.0 for iPhone and MonoPhix Lite 3.0 for iPhone), it will be faster, provide higher quality results and will be even more adjustable. And for the grain lovers there will be the ability to choose for the old MonoPhix 2 filter.

Here are some comparisons between the black & white filter in MonoPhix 2 and the one in MonoPhix 3 and MonoPhix HD for iPad : 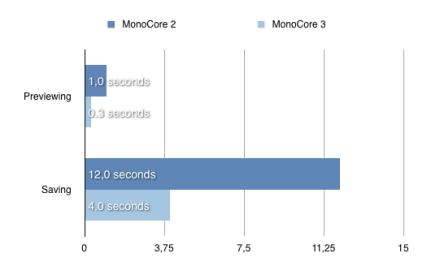 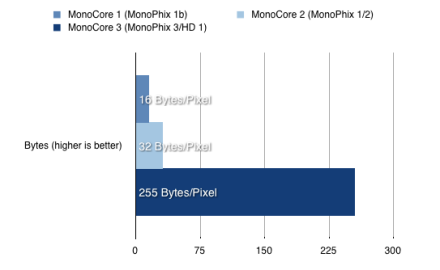 But of course it’s better to give a picture result of the quality changes, this image was processed with the development build of MonoPhix HD for iPad, the first image was generated with the MonoCore 2 filter also present in MonoPhix 2 for iPhone, the second image is filtered with MonoCore 3. As you will see the transitions are much smoother in MonoCore 3 and the details are preserved much better, while maintaining the depth of MonoCore 2. 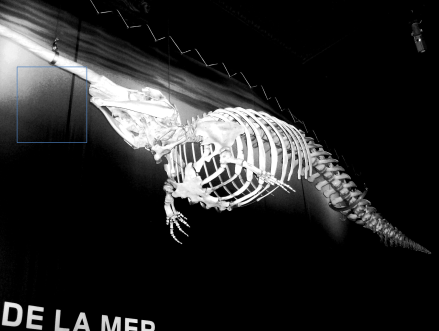 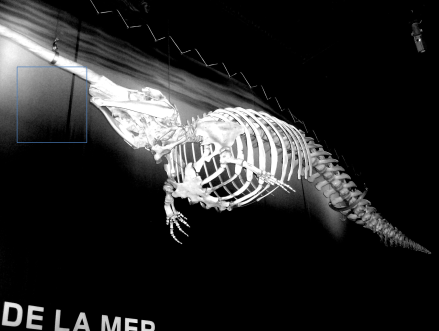 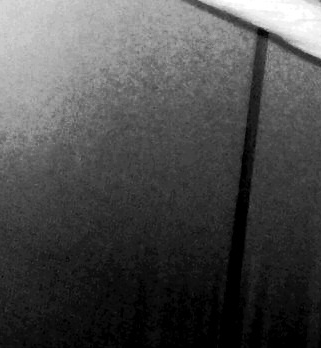 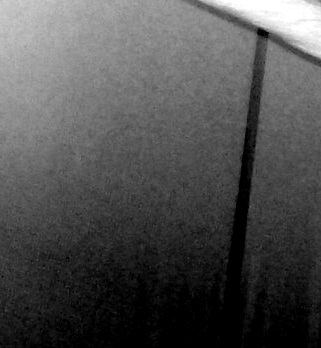